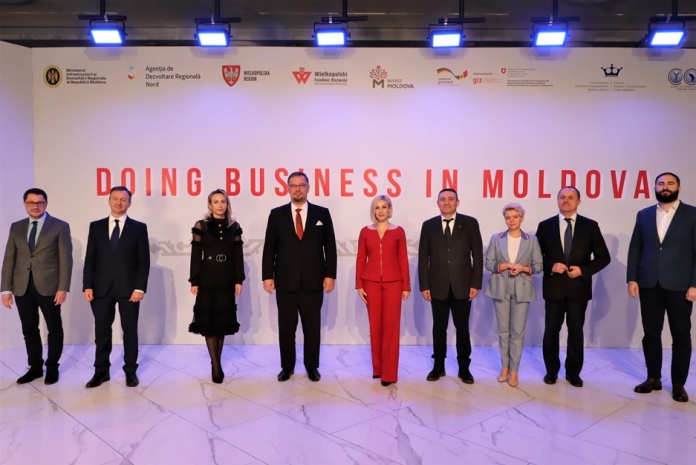 Partners and representatives of the business environment from the Republic of Moldova and Wielkopolska Region of Poland met at an online business forum held during the Days of the Northern Development Region, which was broadcast in real time in Balti and Poznań.

The business event’s agenda included a panel entitled -Opportunities for economic cooperation Poland – Republic of Moldova, a round of debates entitled How to do business in Moldova and a B2B session, attended by partners from the two countries.

“Opportunities for cooperation with European countries, such as Poland, are another direction that we particularly support whenever it comes to implementing good practice in other countries. It is within these types of events that the partnerships between the local public administration in Moldova and those in Europe can be strengthened. Moldova is not just Chisinau. Moldova has suburbs, districts, where we can develop infrastructure projects of national and international importance. Small and large entrepreneurs can do this through investments and business support infrastructure, for the development of which we make efforts and support it “, said Ana Mardare, Secretary of State at the Ministry of Infrastructure and Regional Development.

Bartłomiej Zdaniuk, Ambassador of Poland to Moldova said the importance of resuming a natural dialogue between our countries, after this period of the pandemic, which has not yet ended. “During this period, many contacts were, if not broken, then, at least, frozen. We want to be partners in several fields, we want this dialogue, which has developed in such a beautiful way this year at the political level, to reach a dimension in which absolutely all state institutions will be present, but also business people. . There are two very important pillars of our success: small businesses and local authorities. I am very glad that this cooperation between the Northern Development Region and the Greater Poland Voivodeship acquires another very beautiful dimension today “, the ambassador said.

According to Maria Prisacari, director of the North Regional Development Agency in addition to implementing regional development projects, ADR Nord carries out multiple activities that aim to boost the development of the business environment in the north of the Republic of Moldova. “We encourage the creation of Moldovan-Polish partnerships. Economic events organized jointly with external partners can contribute to stimulating the socio-economic development of our region. We want new connections for development cooperation. We consider that the objective of the Doing Business event in Moldova, which we organized in online format, has been fulfilled. We express our confidence that the cooperation relations that will follow due to the consolidation of the Moldovan-Polish partnerships will continue to be successful “, summed up the head of ADR Nord.